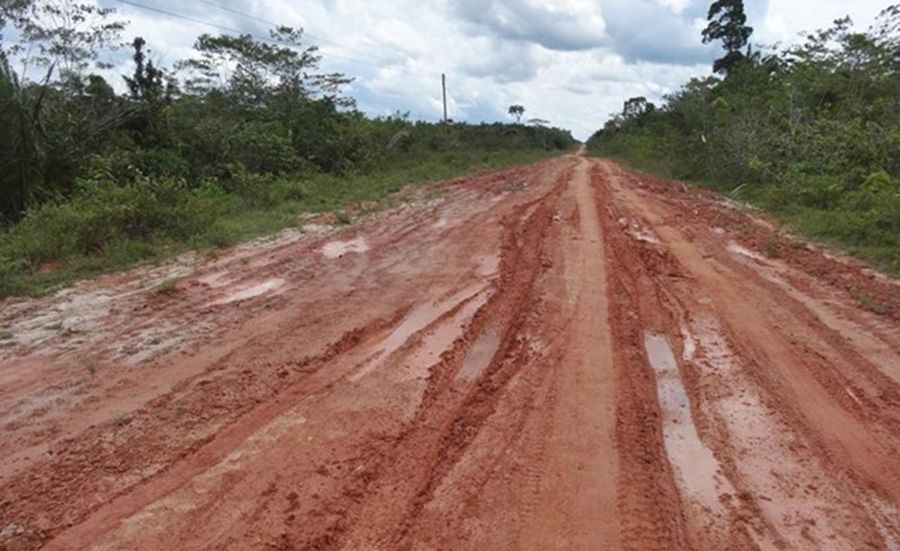 BR-319 is the name of a challenging Brazilian highway running from Manaus to Porto Velho on the Região Norte do Brazil. The road, impassable during rainy days because of the mud, crosses the States of Amazonas and Rondônia.

The road is 857km (532 miles) long and runs from Manaus (the capital of the state of Amazonas, situated at the confluence of the Negro and Solimões rivers, and the most populous city of Amazonas) to Porto Velho (the capital of the Brazilian state of Rondônia, in the upper Amazon River basin). The road was built by Brazil's military regime in the 1970s with the intent to open up the Amazon rainforest for economic purposes and crosses the cities of Humaitá, Lábrea, Manicoré, Careiro, Manaquiri, Autazes and Careiro da Várzea. The road features sections of asphalt, gravel and sand.

This road is usually passable all year round, but during rainy months can be impassable due the mud. Groups of scientists ask for the cancellation of the reconstruction of the highway. The main argument is that the road would more bring deforestation for one of the preserved regions of the Amazon. However, as it was one of the first roads through the Amazon, know-how was minimal, and the road was built on swampland. This, together with annual floods that washed away dozens of bridges, contributed to the road falling into disuse. Nowadays, all trucks go by boat, and only the adventurous attempt it, camping rough along the way.
More info&pics: http://tarmo-rtw.blogspot.com.es/2013/09/humaita-manaus-br-319-day-2.html