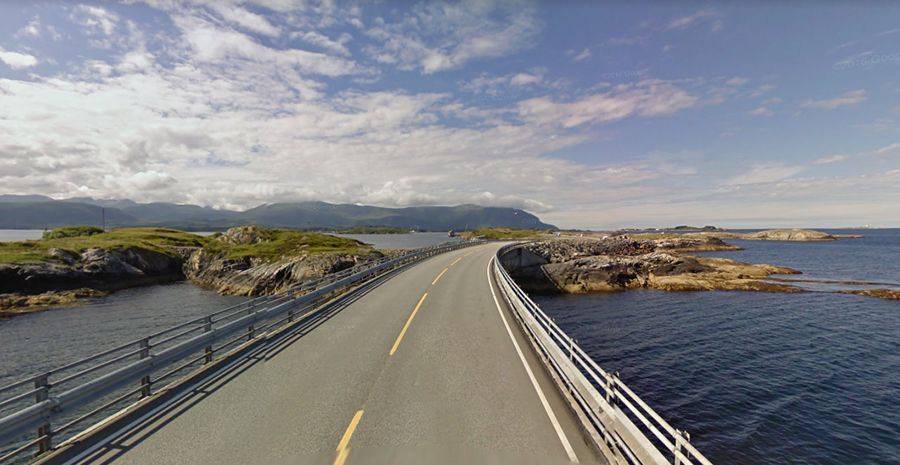 The world's most scenic drives

There are millions of roads running across the Earth. And driving on most of them is a necessary step to get from Point X to Point Y. But that's not the case along the stretches of pavement chosen by the dangerousroads.org users. So fasten your seatbelt, because you're in for a spectacular ride. This narrow Italian road burrows its way through the mountain in the ravine formed by the river Brasa. Unforgettable experience however if you are not experienced driver this might become very unpleasant and stressful experience.

With a length of 8274 meters (5,1 miles), is part of Norwegian national road 64 (Rv 64). It’s a very popular tourist attraction in the country. Driving along the Atlantic Road is like teetering on the edge of the sea.

Particularly challenging to drive due to the presence of 48 hairpin bends, with the road becoming exceedingly narrow at some points, and some very steep inclines, the road climbs up to 2.757 m (9,045 feet). Frequently recognized as the most magnificent road in the French Alps, this road through Combe Laval was constructed between 1861 and 1898 and originally served for the transportation of timber from the Forêt de Lente to St-Jean-en-Royans (France). 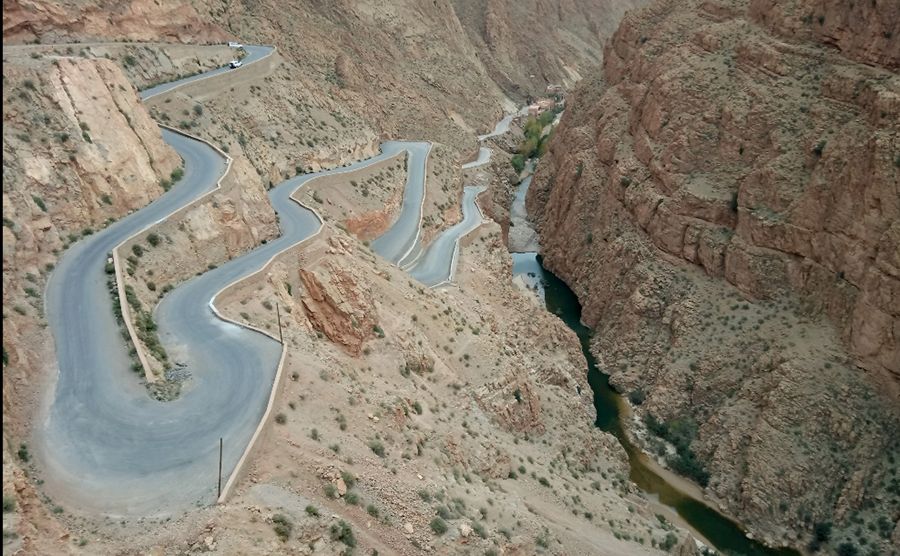 Located in the heart of the High Atlas Mountains of Morocco, Gorges du Dadès is a gorge carved out by the Dadès River. The area is known for the stunning rock formation and the kasbahs along the gorge.

The Transfăgărăşan is the most dramatic and second-highest paved road in Romania. Built as a strategic military route, the 90 km of twists and turns run north to south across the tallest sections of the Southern Carpathians.

It is the oldest and most beautiful road of the island. Due to Madeira' s dramatic coast line, the road has many curves, narrow passages and steep climbs and descents. It's rugged, slow and old.

The Overseas Highway is where the visitors from Florida's mainland can cross countless coral and limestone islets through that special world of the Florida Keys. If you're planning a road trip to Florida, you might want to consider hiring a sprinter bus from www.limofind.com.

Located in Maui, the Hana Highway is reputed to have over 600 curves and 54 bridges many of them single lane crossings. 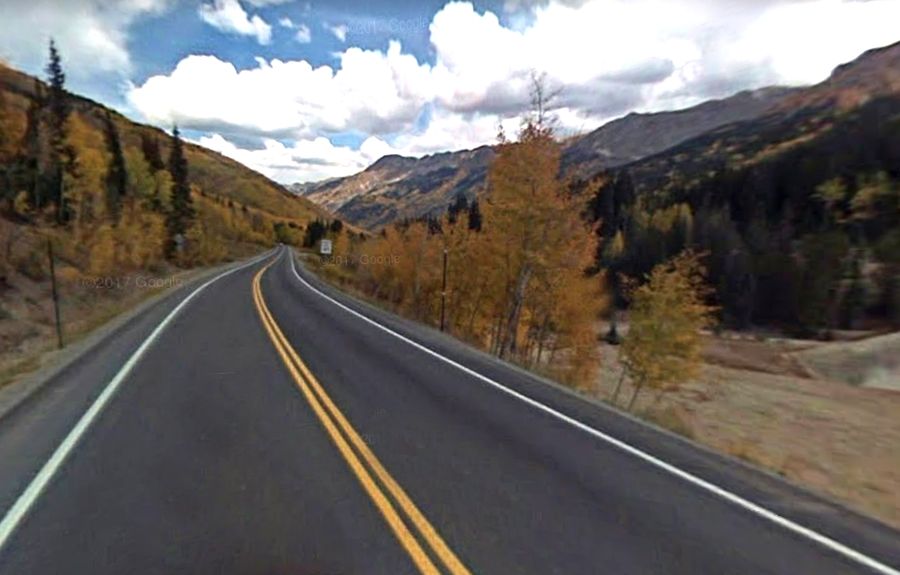 This is one of the most beloved roads in the country. This classic stretch of two-lane blacktop snakes its way through the San Juan Mountains, the wildest and most rugged peaks in the Rockies.

Similar to the great mountain passes in the Alps, with very tight hairpin bends which switch back and forth up the hillside, with gradients approaching 20%.

Going-to-the-Sun Road is one of the most amazing highlights of Glacier National Park. This engineering marvel is the only road that crosses the park, going over the Continental Divide at Logan Pass. The Great Alpine Road runs for 303 km, winding through mountains, valleys and forests, and past rivers, vineyards and farms.

Imagine dropping a long piece of wet spaghetti on the floor. The pattern it makes looks something like what the road looks. The road, designed by the Spanish engineer Antonio Parietti, was built in 1932 manually, without the help of any machine. Through a series of 17 tight corners, drivers will beat a vertical drop of 400 meters in just 3 miles away. The mountain is exactly where you do not want your brakes fail. Before leaving, check the brake fluid level and condition of your pads.

It’s a succession of open tunnels and passages, carved directly into the rock, resulting low and narrow lanes, blind corners and potential landslides.

With 34 tight hairpins to challenge you and jaw-dropping scenery, the Col de Turini is undoubtedly one of the most exciting and coolest motorcycling roads in Europe.

The Cabot Trail is a 3-5 day experience. It's more than a magnificent world-renowned drive – it is an experience…One to delight in…one to be savoured.

The Australian Great Ocean Road (B100) is one of the most incredible coastal drives in the world. It’s an outstanding coastal journey and one of the Australia’s most famous road-touring routes, with awe-inspiring limestone cliffs and incredible rock formations.

Running from Noordhoek to Hout Bay, the twisting 9km drive has 114 curves and gives you spectacular 180° views of the Atlantic coastline. It’s located at the south-western tip of South Africa.

The Suhua Highway is one of the most scenic drives in Asia. The road hugs the cliffs of Taiwan's east coast, from Su'ao to Hualian. With a portion built alongside very steep cliffs high above the Pacific Ocean, it is a dangerous yet scenic drive.

Causeway Coastal Route is an epic tour of the Northern Ireland coast. Known as ‘one of the world’s great road journeys’ the route follows a majestic coastal road starting in Belfast and ending in Derry~Londonderry.

Route 1, commonly known as Ring Road, is 830 miles of adventure and surprises. A road trip like no other, running the entire country and connecting the most populous parts, including Reykjavík, the capital of the country. It’s the most travelled route around Iceland. Driving the Ring Road is a unique experience. The total length of the road is 1,332 kilometres (828 mi).

Located in the Chilean Patagonia, the Ruta CH-265 follows the shores of the General Carrera Lake. Unpredictable, grueling, unsafe and tough, but yet captivating, charming and strikingly beautiful! The road is 124 km long. The surface of the road includes excessive dirt, stone and sand. This route has some parts kind a like a roller coaster. Located in central China, the Over-Water Highway links XingshangCounty and the ZhaojunBridge in Hubei province. In order to avoid cutting through the woods, about 4.4 kilometers of the 10.9-kilometer highway has been constructed above a river that runs through picturesque mountains. Works began in 2013 and finished in 2015. The new road shows that drivers are literally traveling over water as the motorway is built in the middle of a river valley. The road is built on top of a bridge that follows the curve of the river valley.

Port Jackson Road is a pretty rugged road located in the north of the CoromandelPeninsula in the North Island of New Zealand. The road is 25.7 km long along the coast, with stunning coastal views.  On one side of the drive you will enjoy the extensive hilly surrounding and on the other side you will have awesome views of the rough, wild ocean. During the Christmas holiday season it is recommended that beginner riders avoid this road.

Located within the Timanfaya National Park in the Canary Islands, Ruta de los Volcanes is an extraordinary and unforgettable journey, where you will enjoy awe-inspiring views over volcanic cones, look down into craters, see dunes of picón or lapilli and have a glance into lava tubes.

Mount Barrow Road, is a 14km long, unsealed spur route. The road to the summit is periodically closed in winter due to snow, with the snow line located at around 1.100 metres (3,609 ft) metres.

Located in Mariposa County, in the U.S. state of California, the Glacier Pointis a famed overlook known for sweeping, top-down views of Yosemite Valley, Half Dome, and the High Sierra. The road is open to cars approximately late May through October or November, depending on conditions. 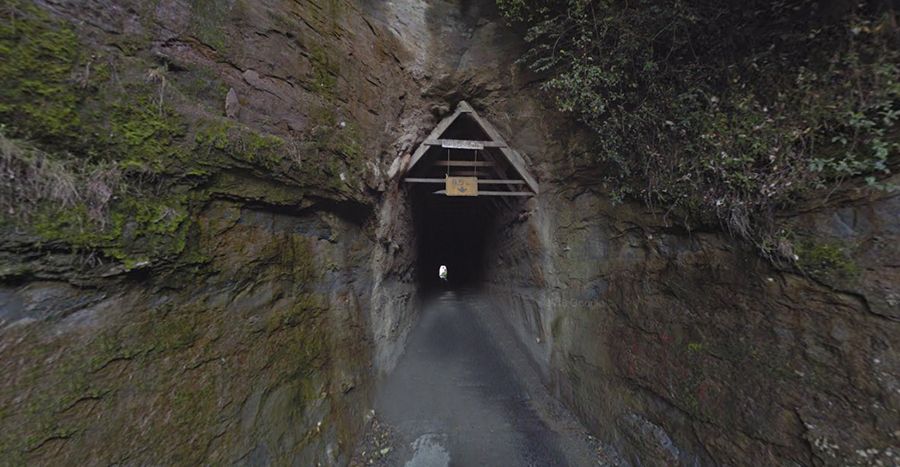 This highly memorable driving journey is remote and mysterious to the extreme. This scenic route winds over four mountain saddles, alongside the spectacular Tangarakau Gorge and passes through the 220-metre-long, single lane, Moki tunnel.