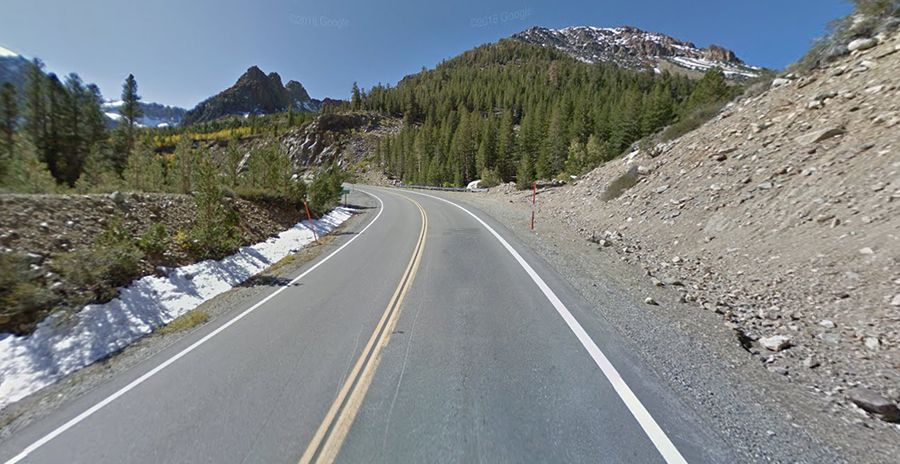 A beautiful alpine drive to Tioga Pass in CA

Tioga Pass is a high mountain pass at an elevation of 3.036m (9,960ft) above the sea level, located on the boundary between Tuolumne and Mono counties in the east central portion of the U.S. state of California. It is one of the highest roads of California.

How long is the road to Tioga Pass?

The road to the summit is called Tioga Road. It’s part of California State Route 120. The road is 108km (67.3 miles) long, running east-west from Lee Vining to Big Oak Flat. It’s said to be the highest highway pass in California and in the Sierra Nevada.

The road to the summit is totally paved. The pass is named after Tioga Mine. The road was built in 1882-1883 as a mining road and was realigned and modernized in 1961.

It’s said to be one of the best drives in California, with hundreds of opportunities to hike and explore Yosemite's backcountry and provides instant access to spectacular Sierra high country. There are many turnouts with broad and beautiful vistas. This scenic drive through forests and past meadows, lakes, and granite domes is very exciting and sometimes very exposed and unsecured driveway in innumerable twists and turns. Mount Dana is to the east of the pass. There are several trailheads into the Yosemite backcountry which begin at Tioga Pass, including the trail to the Gaylor Lakes to the west/northwest, and the rough trail to the summit of Mount Dana.

This is a very beautiful Alpine drive, but the road is up/down and twisty, curvy all the time. It is a wide two-lane road with many turnout areas to pull off and soak in the absolutely spectacular scenery. There are no guard rails along most of the drive, so if you go off the road, it's a thousand-foot drop down the side of the mountain.

Set high in the Sierra Nevada mountains of California, the road is generally open to vehicle traffic only from late spring (usually late May or early June) through mid-fall (usually until the first significant snowfall in November), but it can be closed anytime when the access is not cleared of snow. These dates are subject to considerable variation. In heavy snow years, the road usually closes in early-October and could open as late as mid-July. In light snow years, the road could be closed in December and open as soon as April. In 2004, however, the road closed for the winter on October 17, the earliest closing in at least 25 years. The weather on this zone is harsh and highly unpredictable and it does not take much time for the bright sun shine to change over to moderate to heavy snow fall. Snow clearing of the Tioga Road normally begins on or about April 15 each year and usually takes between one and two months. Predicting when these roads will open is not possible, even in late spring, because April and May weather significantly affects plowing progress. A sudden drop in the temperature, even in summer, can trigger winter-like conditions. It has a well-deserved reputation for being dangerous because of unpredictable snowstorms and blizzards, and driving under these conditions, can be extremely challenging.

The drive features steep sections. Starting at Lee Vining, the ascent is 19,96 km long. Over this distance, the elevation gain is 957 meters. The average percentage is 4,7%.