Situated on the west of the spectacular Scottish Highlands, Loch Etive is a beautiful lake surrounded by snow-capped mountains. The road to the lake was featured in the 2012 Bond’s Skyfall.

Can you drive to Loch Etive?

The paved road to the lake is called Glen Etive road. It’s a dead single track, frequently narrow with many hairpin turns not wide enough for two vehicles and a busy tourist route. So use passing places to permit overtaking. Beginning at the scenic A82 Road, the road is 20.11km (12.5 miles) long. It is well worth the trip. This road ends at a small car park and disused pier at the head of Loch Etive, though rough tracks continue along both shores. Loch Etive is a 30 km sea loch in the spectacular Highlands.

Where is the road in Skyfall in Scotland?

The road to the lake was featured in the 2012 Bond blockbuster Skyfall, starring Daniel Craig and Dame Judi Dench. The road where Bond tells M that this is where he comes from, is not suitable for large vehicles. The shot was taken on the Dalness Estate in Glen Etive. The water to the left is the River Etive. 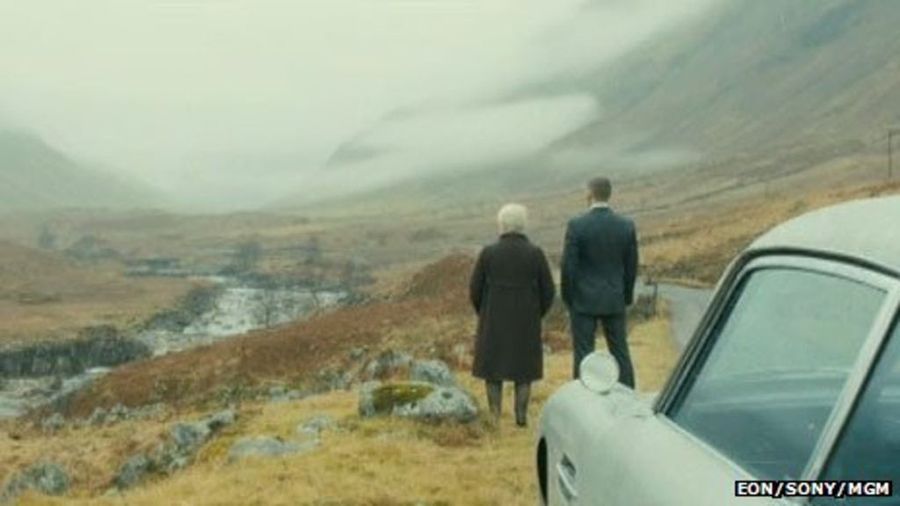 How many movies have been filmed here?

This road has humbled many egos. It’s not for the sissies and shouldn’t be attempted by novice drivers. The area is a popular location for film makers. Incredible place, if you're lucky enough to live nearby you are able to just wander up to many of the film sets. The resulting influx of visitors has led to concerns about the despoilation of the glen through littering and fly-tipping. It has hosted many huge films such as: Thor: Dark World, Gladiator, Sherlock Holmes, Braveheart and The 39 Steps. It’s also the loch where Harry, Hermione and Ron jump into after escaping Gringott’s Bank on the back of a dragon in Deathly Hallows part 2.