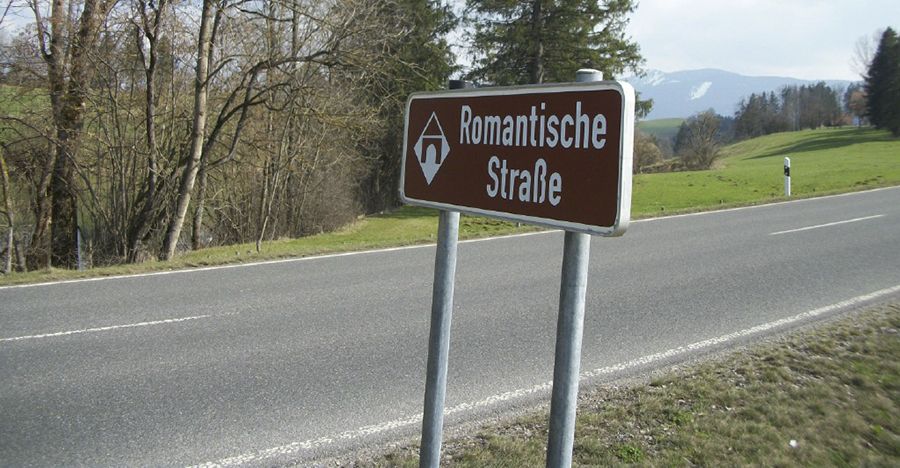 The road is located in the southern provinces of Bavaria and Baden-Württemberg, between Würzburg and Füssen in southern Germany. The trip offers the most spectacular views of the Bavarian landscape and its magnificent castles. The road passes through stretches of pillowy countryside, cobblestoned villages and the medieval, walled towns of Bad Mergentheim, Rothenburg ob der Tauber, Dinkelsbuehl and Noerdlingen.
The road was created after World War II to lure visitors. Nowadays is one of the biggest magnets for tourism and it’s Germany's best known and most popular holiday route. It includes sweeping vistas, fairy-tale castles, and ancient cathedrals—the most romantic sights of Germany on one car trip. From the vineyards of Würzburg to the foot of the Alps, the almost 400km-long Romantic Road (Romantische Strasse) draws two million visitors every year.

The drive is definitely worth it. There are many excellent photo opportunities here. Don’t forget your camera! The road often winds through forgotten sections of countryside, connecting walled towns and picturesque villages. Anyone visiting this route is greatly rewarded with treasures such as magnificent stately homes, palaces of courtly splendour and romantic medieval timber-framed houses following in swift succession.
The experience of using this road is very impressive. The road's winding design, providing stunning panoramic views, is very curvy and fun for a leisurely ride, so it pays to take it slow. Germany's 'Romantic Road' offers the most spectacular views of the Bavarian landscape and its magnificent castles. A trade route in the middle ages, the road winds through picturesque countryside, walled towns, and charming villages. It is home to Gothic cathedrals, baroque German, Renaissance, and Medieval architecture. Fairytale castles and the Alps complete the picture.