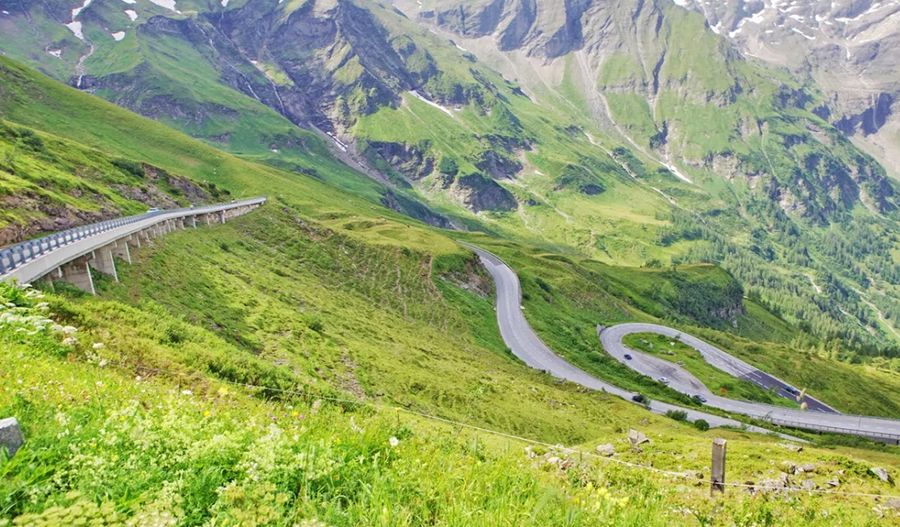 This toll road is named after the Großglockner, Austria's highest mountain and leads you into the heart of the Hohe Tauern National Park, to the highest mountain in Austria, the Grossglockner, at an elevation of 3,798m above the sea level, and its glacier, the Pasterze. Along the way you will have a driving and nature experience of a special kind on 48 kilometres of high alpine road with 36 bends, and an altitude ascent to 2.504 metres. The road over the Hochtor follows ancient trails. People crossed the Hochtor almost two-thousand years before Christ. The road is paved.

The Großglockner High Alpine Road is 48 km long with 36 turns. The road is usually open from the beginning of May to the end of October. The Grossglockner High Alpine Road was constructed between 1930 and 1935 and officially opened on 3 August 1935. The road has been featured in the Giro d'Italia bicycle race. Every year, the road draws 900,000 visitors from all around the world. Winding its way through green alpine pastures and rocky mountainscapes, the road tops out at 2,504 m (8,215 ft) above the sea level, at Hochtor Pass.