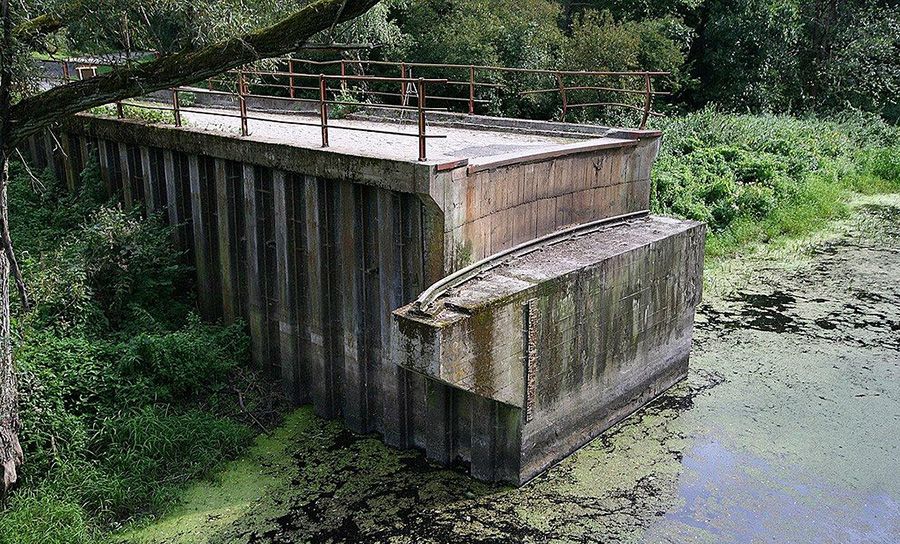 Located in Międzyrzecz County, Lubusz Voivodeship, in western Poland, D812 is the name of a fortified rotary bridge built before WWII. It’s one of the most spectacular bridges in the world.

Tucked away in the northern section of the Międzyrzecki Fortified Region, the bridge is 44.98 m (147.58 ft) long over the Obra channel. The bridge swings around its own axis by 90 degrees and positions itself parallel to the river bed. The entire machinery was designed so that it could be operated by a single person. The bridge carries the road from Stary Dworek to Bledzew.

The bridge was built by the Germans in the 1930s. From 1945, the bridge was in the position in which it was set by the Soviet soldiers. In 2009, the Association for the Search and Protection of Military Objects EGOB from Poznań made an attempt to turn the bridge. This was related to the reconstruction of the missing elements of the engine room, and above all, dealing with ubiquitous vegetation that had grown over 70 years. It is in excellent condition and can still be turned. Although the engine room is not working, the manual (backup) drive is still functional.
Pic: Festung / fotopolska.eu, CC BY-SA 3.0 <https://creativecommons.org/licenses/by-sa/3.0>, via Wikimedia Commons