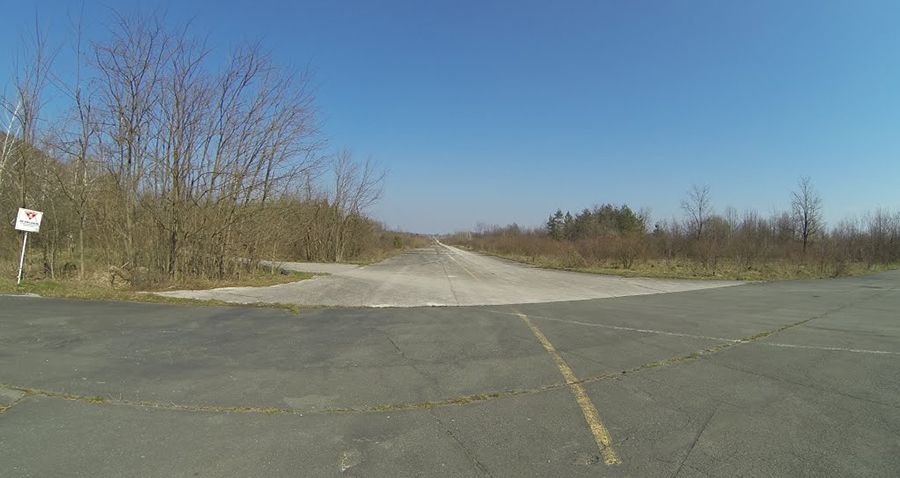 Željava Airbase, situated on the border between Croatia and Bosnia and Herzegovina under Plješevica Mountain, was the largest underground airport and military airbase in the former Yugoslavia, and one of the largest in Europe.

Today extreme caution must be used when visiting the Željava Airfield Complex, in view of the extensive number of landmines on and around the former air base. Situated in the west of Bosnia on the border with Croatia, Objekat 505, as it was officially known, was the largest underground airport in the Balkans. The primary purpose of the Objekat 505 was to house a long-range radar early warning system, akin to NORAD, as well as to provide a strategic command center for the country's defense.
Access to this base is extremely dangerous. The construction of the base was conducted in utmost secrecy between 1957 and 1965, and the cost of its construction was a whooping 6 billion dollars, three times more than the combined yearly military budgets of Yugoslavia's two biggest sucessor states, Serbia and Croatia. The secret airbase was positioned at the center of a dense sprawling network of military installations, with five auxiliary airfields nearby as well as numerous radar and air defense outposts.
The local police and the CPA use the area to train dogs with the use of actual landmines due to the enormous amounts of mines that exist within the complex area. Today the abandoned airbase lies in the territory of the Bosnian Federation. Extreme caution needs to be used when approaching this site, due to the large number of unexploded landmines and other munitions there. The police force of the Bosnian Federation uses the area of the airbase to train its K9 core in explosive retrieval. Entering the field is still at your own risk (mines!) and entering the underground facility is possible, but downright life threatening. Any attempt to enter into the underground complex carries two basic risks - gases and landslides.
Pic: http://static.panoramio.com/photos/large/104470734.jpg