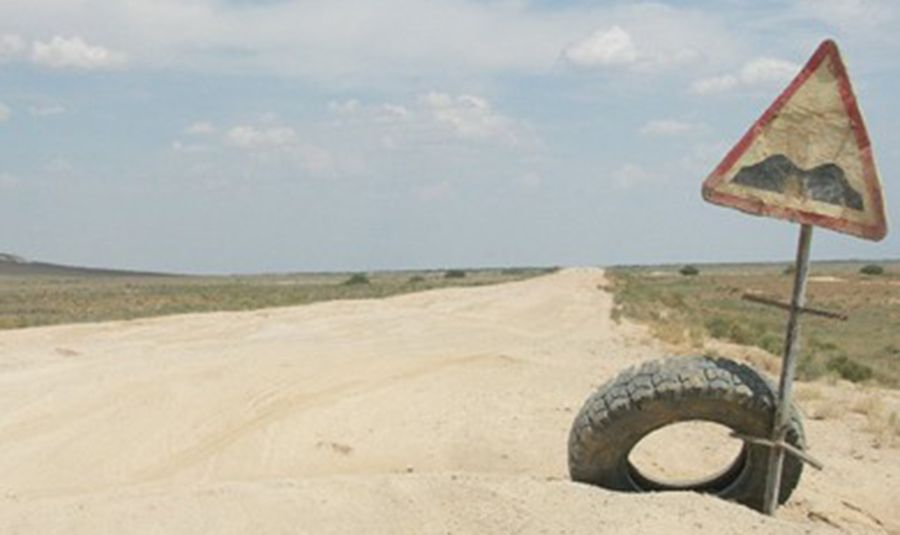 A344 is a spectacular drive through Kazakhstan linking the cities of Zhezkazgan and Kyzylorda. The road is 428km long, mostly unpaved.

The road includes paved and unpaved sections. It’s also known as A17 and is part of the European route E123. The road is really wide, going through a cold desert climate weather. The A344 leads through the several thousand square kilometers of the inhospitable landscape that separates the two cities. It varies between steppe and outright desert.
The road links Jezkazgan or Zhezkazgan, a city in Karagandy Province and  Kyzylorda, formerly known as Kzyl-Orda, the capital of Kyzylorda Region. The road has very big potholes, and it’s lightly maintaned. First 130km are good asphalt (with 20km good dirt), then about 200km good dirt (mild corrugations but a nice drive at 80), then last 100km-ish is asphalt which varies from very bad to OK. This is total wilderness, a nice drive.
Due its unique location and passing through remote areas, it is important when driving in these conditions to be prepared. The roads at the outskirts of Kzyl-Orda are terrible. The relentless sun literally melts the pavement and the heavy trucks operating there squeeze and deform the asphalt, rendering it almost unusable for smaller cars.
Pic: Tetrix Tetrix