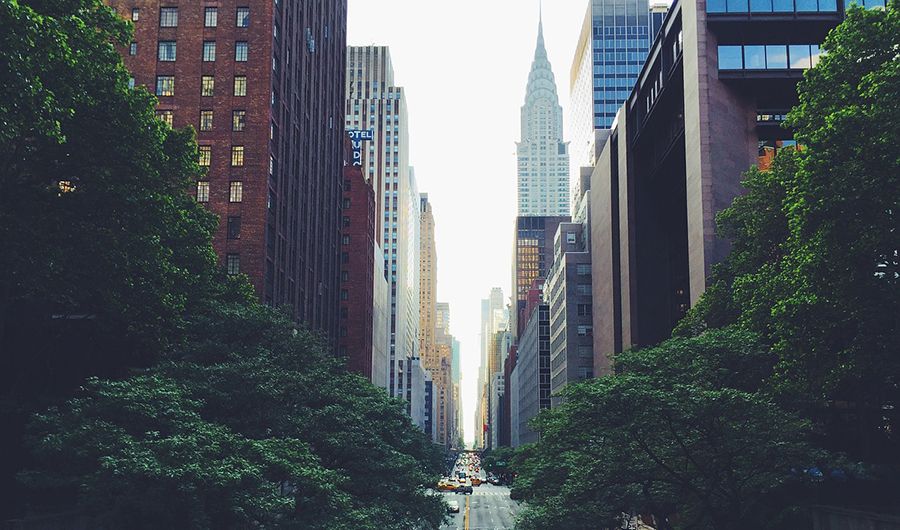 Top 7 historical buildings to see while in NYC

Normally when you think of New York City, ‘history’ is not the first thing that comes to mind. But there in fact many beautiful historical buildings and sites all around the city that are definitely worth seeing. So whether you are a history buff or simply enjoy seeing standout buildings, here is a list of the top historical buildings to see while in NYC.

The Chrysler Building is a beloved Art Deco skyscraper located in the Turtle Bay neighborhood of Midtown Manhattan. The Chrysler Building's history is quite unique and there was a time that it was the tallest building in NYC before it was ‘beat’ by the Empire State Building. Although it is still the world’s tallest brick building, standing at 319 meters high. Today, it is used as an office building and many tourists visit the building just to see it and enter the lobby.

The Flatiron Building is a 20 floor building located in the Flatiron District neighborhood of Manhattan. It officially opened in November of 1902, home to the Fuller Construction company. Due to its unusual triangular shape, it was named ‘Flatiron’ due its shape resembling a cast-iron clothes iron rather than the Fuller Building. It was once considered a threat to how NYC used to be, with shorter structures and more traditional takes on architecture.

St. Patrick’s Cathedral is a Neo-Gothic-style Catholic Cathedral imagined by architect James Renwick Jr. It is located on Fifth Avenue between 50th and 51st St. It is actually the largest one in North America and has been recognized as a center of Catholic life in America since it was built in 1878. It is now a landmark in NYC and a site that draws a lot of tourism.

The Empire State Building is often one of the first things most people think of when they imagine New York City. It is located in Midtown West and the NYC skyline wouldn’t be what it is without this 1,454-foot-tall emblem. Its construction was completed in 1931, with an Art Deco lobby design and 86th floor observatory. Visitors today can visit the observatory’s glass-enclosed space or open-air decks for a stunning view of the city.

Trinity Church is a historic parish church located in lower Manhattan overlooking Wall Street. It is a traditional high church and has been an important part of New York City’s history. The structure of the Trinity Church is actually the third and current structure, as the first was destroyed in the Great Fire of 1776 and the second was torn down due to structural issues after severe snows in 1838. Fun fact: President Washington often worshiped at the second Trinity Church.

The Woolworth Building is one of the oldest skyscrapers in NYC, having been built in 1910. It is an early Gothic revival skyscraper that has 57-stories, making it one of the twenty tallest buildings in NYC. In 1966, it was listed as a National Historic Landmark.
These buildings are all very important landmarks, yet they make up only one small part of the many historical buildings found in NYC.