A decade of our favorite Google Maps fuckups

Google Maps launched some years ago, on February 8, 2005, and it's become the gold standard for apps that help get you from point A to point B. But it's also the greatest prank platform ever designed. Here are some of the best deliberate (and non-deliberate) ways that Maps has been borked over the last years.

When Google Maps Got a Feline Best Friend

Sure you can doodle all over Google Maps by measuring distances, but this enterprising prankster took it to the next level by creating a cat out of actual trails. For a second, we thought maybe Google Maps adopted a new mascot, but they soon wiped the kitty from existence. Sad day. 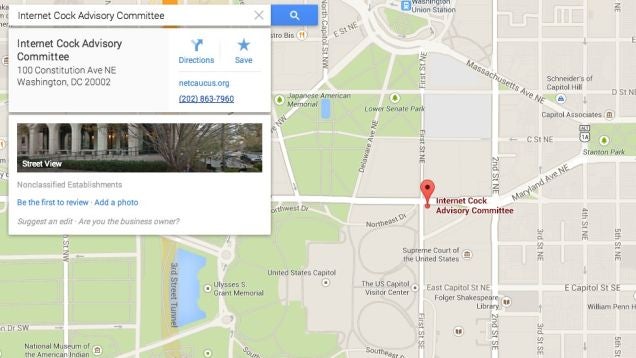 Google Maps didn't just annihilate the competition when it came to digital mapping, it also made a telephone book completely useless—that is until people discovered that it's pretty easy to make a fake listing. Like last year when the Internet Cock Advisory Committee made an appearance in Washington D.C. Or how about way back in 2008 when the Microsoft Corporation was renamed to Microsoft Escort Service. Spamming is almost ubiquitous to all technology, but only on Google Maps is it more hilarious than annoying.

Google Maps, of course, makes things infinitely easier to find, and for 99.999% of us, that's a good thing. But if you're in the extreme minority of people who, say, live right next to one of the most recognizable landmarks in the world, then it just gets reeeeeaaalll annoying. Exhibit A is the Hollywood sign perched up in the hills of Los Angeles. Tourists flock to Google Maps to find it, and residents don't want them to...thus, the Hollywood sign's disappearing act continues.

Back in 2010, when Google Maps was half as old and therefore half as wise, you didn't want to put too much faith in the platform's walking directions. In fact, even Google didn't and would accompany walking directions with this friendly, "please, don't kill yourself" reminder:

Walking directions are in beta. Use caution – This route may be missing sidewalks or pedestrian paths.

Only problem was that the message didn't show up on BlackBerrys, specifically Lauren Rosenberg's BlackBerry and she followed the directions to the letter, walked on to a highway and was hit by a car. Actually, now that I write this, this is everyone's fault except Google Maps'.

When Google Maps Creates Its Very Own Islands and Cities 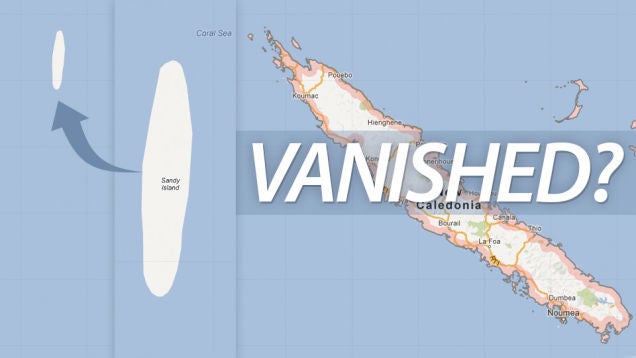 In 2012, the drama Lost played out completely on Google Maps. A small island known as Sandy Island appeared and then disappeared. The reason? Well, it never really existed in the first place. The same is true for the phantom city of "Argleton" in 2009, which thankfully isn't a real city and restores my faith in humanity's ability to name things.

And Completely Ignores Real Ones 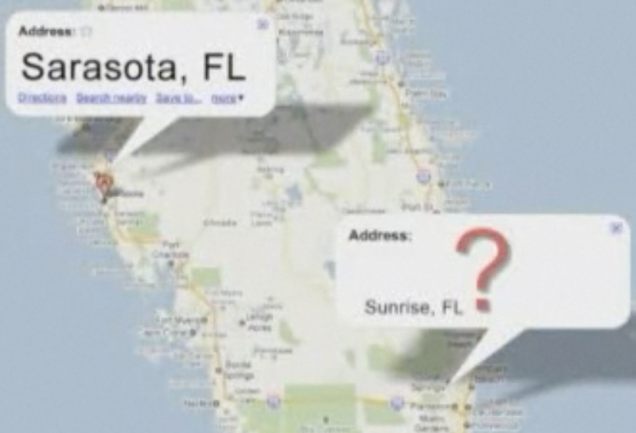 Back in 2012 for nearly a month, the sunny town (I would assume) of Sunrise, Florida just didn't exist on Google Maps. Instead, any query searching for the very real town would be redirected almost 200 miles away, which brings up an important question: If you don't exist on the internet nowadays, do you exist at all?

When Google Maps Misplaced a Mountain 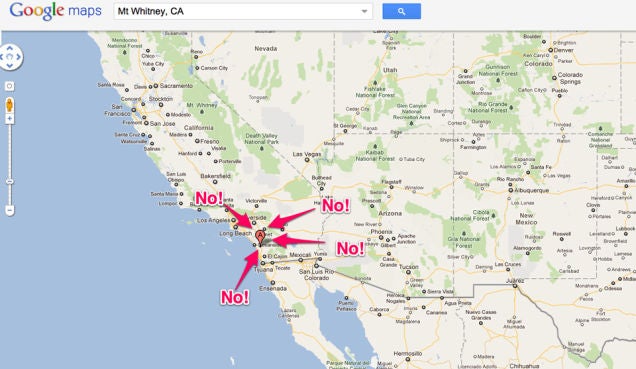 Hey man, I get it. Geography can be tough, but when you're all about maps you probably shouldn't misplace the largest mountain in the lower 48. I mean, it's not exactly easy to miss. Sure, if you move some podunk town with a population of 12 a couple miles in the wrong direction, no big deal. But a mountain? C'mon. 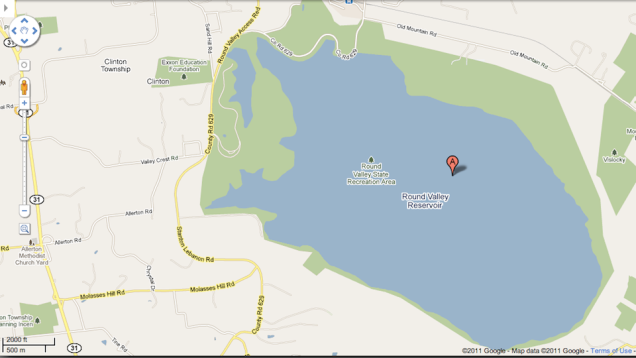 "NOT Park Entrance... Private Driveway... Google Maps is wrong!" That was a sign that a poor New Jersey woman needed to erect in her front yard when Google routed all traffic to a local park to her driveway. Google Maps has the power to create convenience...and also destroy it.

Google Maps has even gotten itself into some international troubled waters. In 2010, a Nicaraguan commander conquered part of Costa Rica and ordered the country to take down their flag all based on an error made on Google Maps. You'd think there would be a more strict fact-checking policy before launching your own micro-war, but this is the "if it's on the internet, it must be true" world we live in.